Re-Parenting is a complicated concept but easy enough to understand once you've done it. Sometimes during a design cycle, you need to change which is the parent assembly of features within a skeleton. Re-Parenting can be done both down to a lower assembly level or up to a higher assembly level.

Re-Parenting of features is usually needed for two reasons:

With the Geometry Copier, using the top-level RF_SWITCHING_CABINET.ASM as our parent equipment assembly, we will copy the SWITCH_COAX_H28S_HORIZ_PINNED.PRT published features into the RF_SWITCH_CAB_CABLING_SKEL.PRT skeleton (shown below). Take notice of the (ID Path) being 37.27, this ID path is shown in the skeleton with our nomenclature of CS-37_27 and ECG-37_27s (periods are not allowed in feature names in Creo, so we use an underscore). On the right hand side of the Copier tree, we see the SWITCH_COAX_H28S_HORIZ_PINNED shown under the RF_SWITCHING_CABINET, which is the parent assembly. 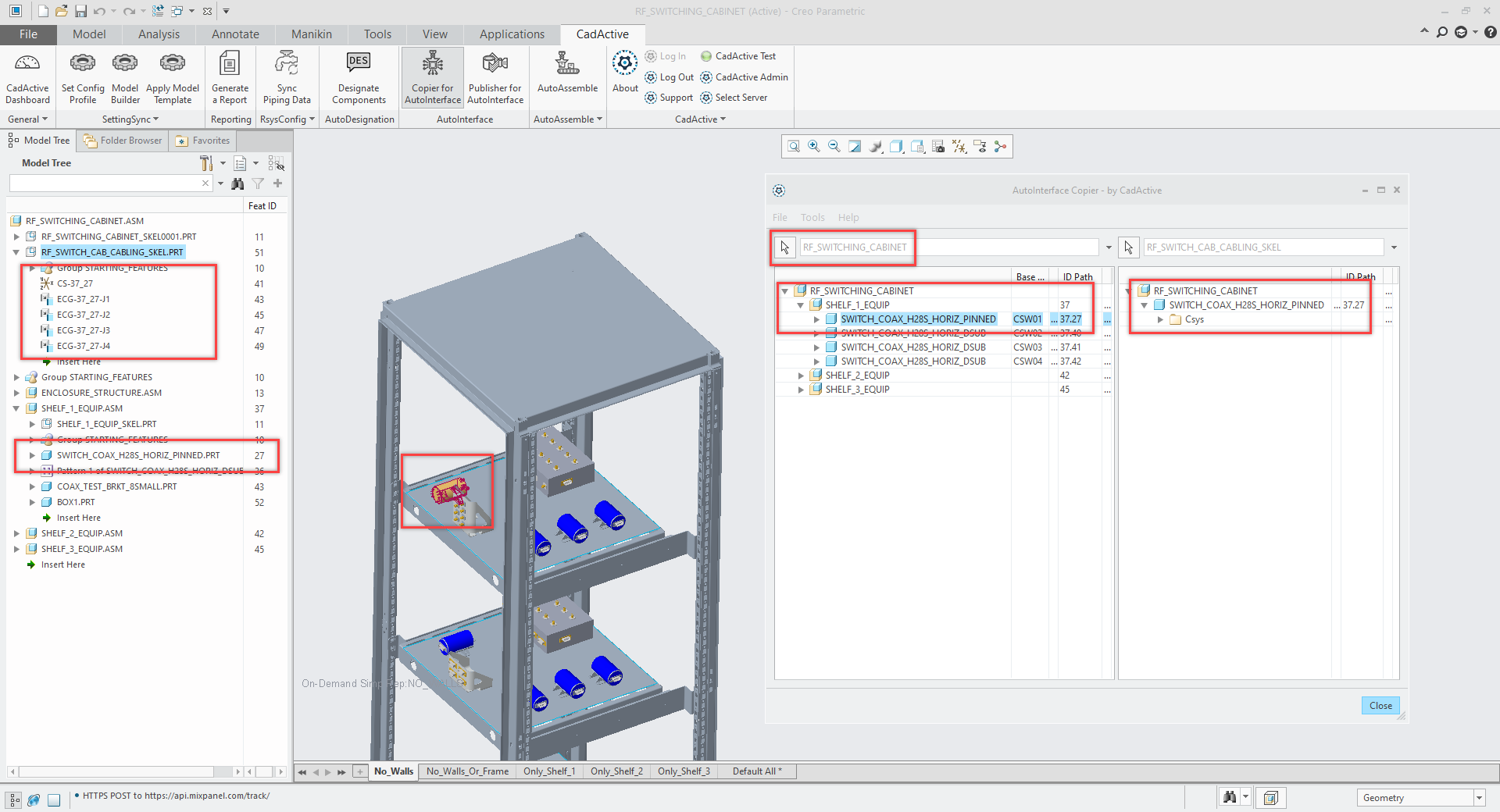 We store this parent information and other relevant information as feature parameters on the placement coordinate system CS-37_27 for the external copy geometries (shown below). The ID Path is shown in the CadActive-created parameter: CADACTIVE_CONTEXT_TO_MDL_PATH. 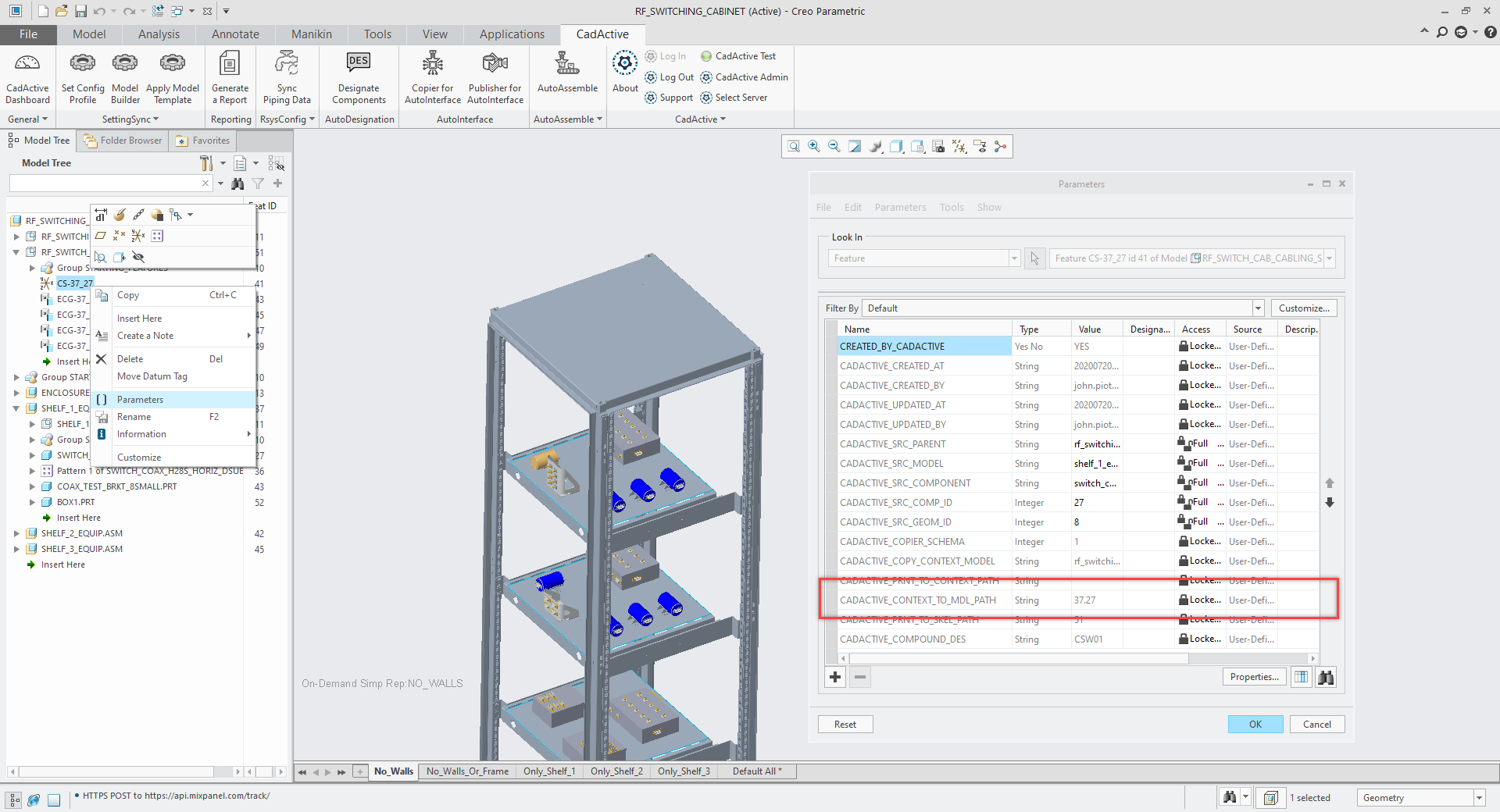 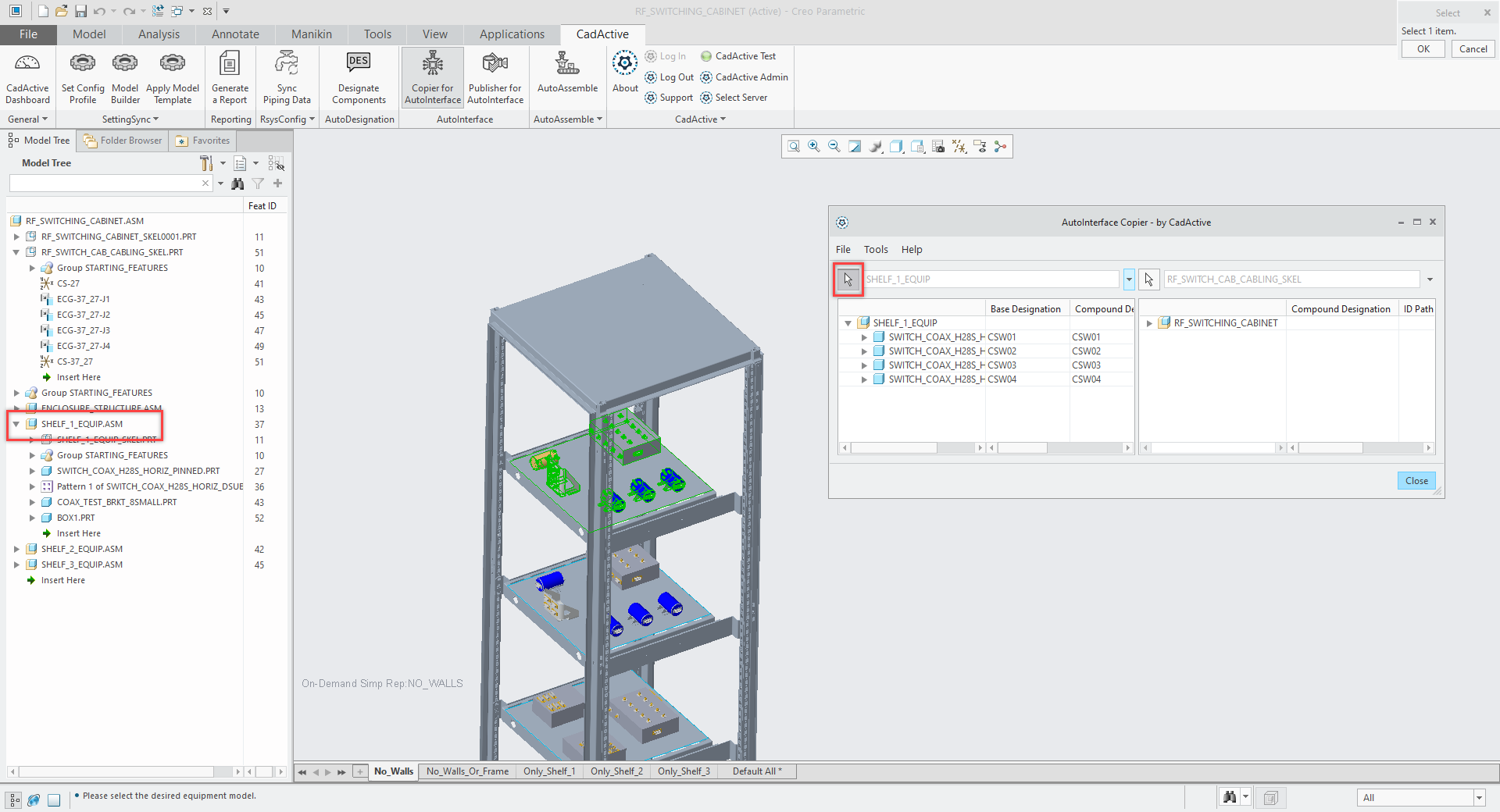 Now that the new SHELF_1_EQUIP parent assembly has been selected on the left side of the tree, we can simply right-click on the components we want to re-parent on the right side of the tree.

Once the model is regenerated, you will see the CS-37_27 and ECG-37_27s change to CS-27 and ECG-27s. In addition, when you look at the feature parameters of the CS-27 coordinate system, you will notice changes to the three parameters (outlined below). 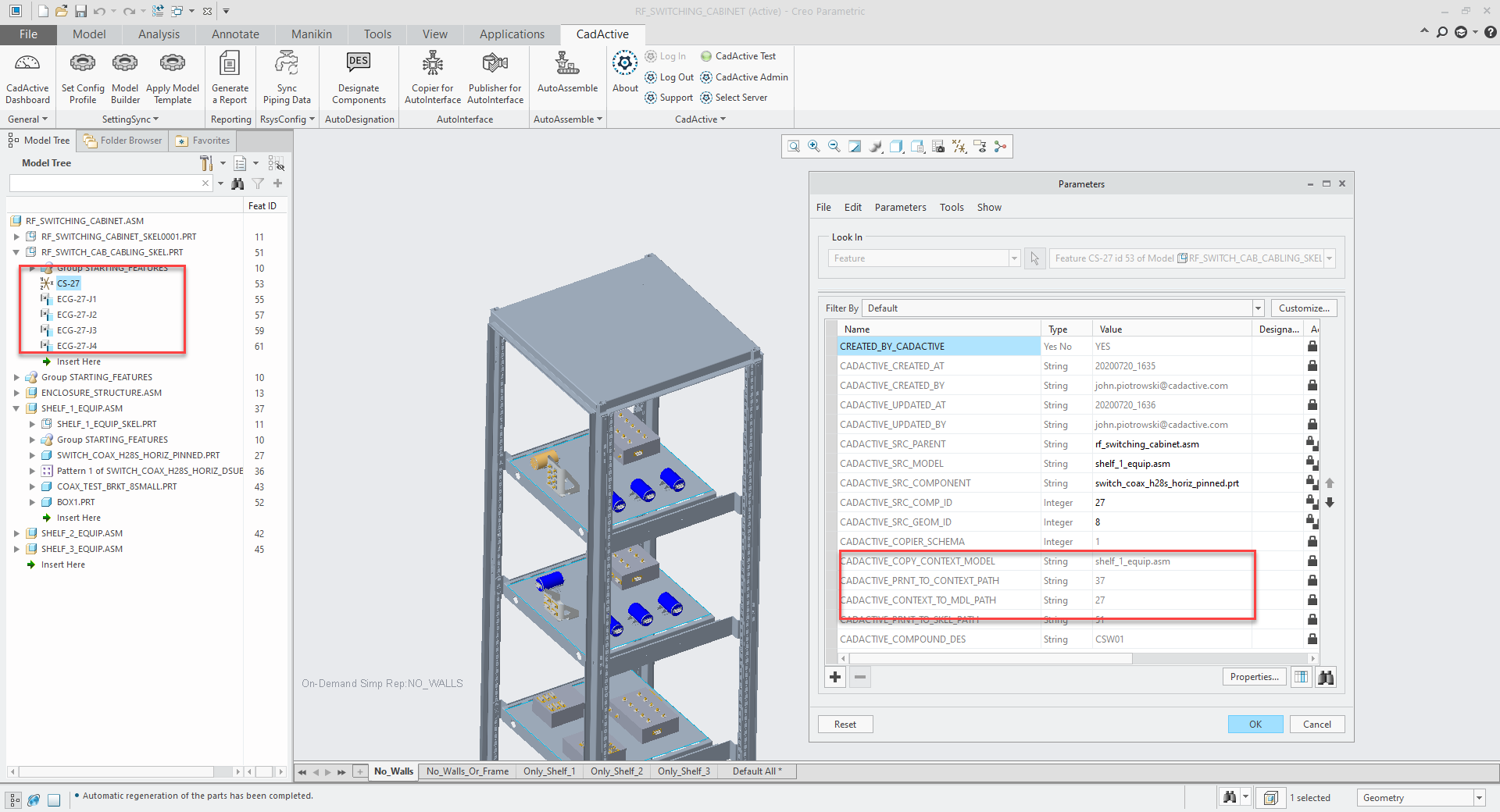