To see all the designations currently used in the top-level assembly and it's sub-assemblies, click the "Expand Designated" button in the folder at the top-right. 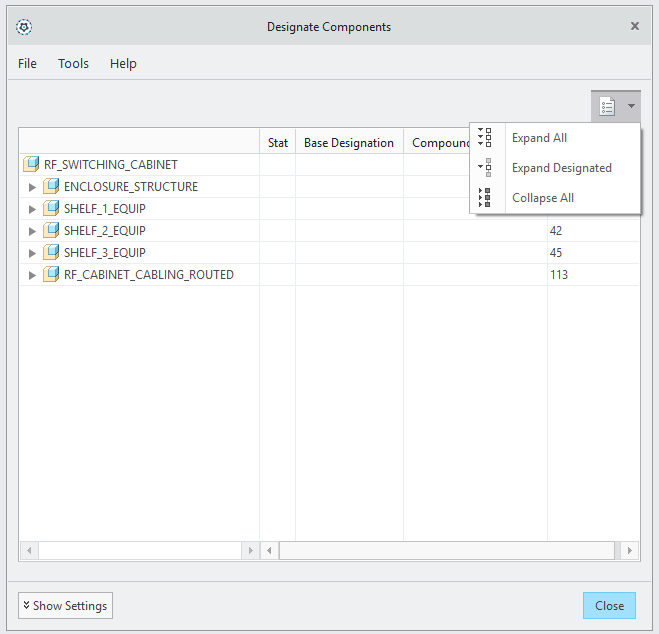 Notice in the below picture, "Expand Designated" only expands the designations being used. It will not expand assemblies that do not have any designated components within them. Hence why "ENCLOSURE_STRUCTURE" does not have anything expanded, but SHELF_1_EQUIP and SHELF_2_EQUIP do. 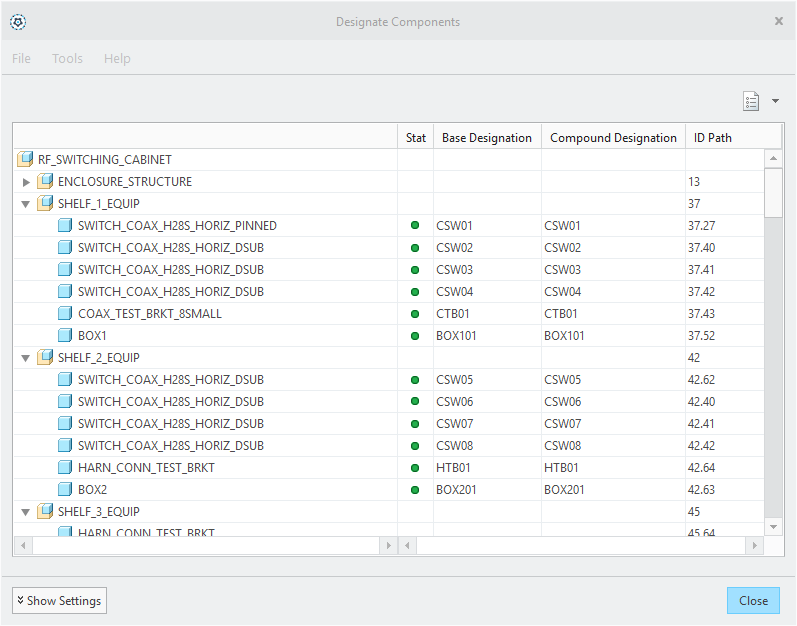 To change any of the designations in the tree, simply right click on the line (make sure the line highlights blue) and you will see an option for "Designate", "Edit Designation", or "Undesignate". The component you select will highlight in red in Creo, similar to how clicking on a Model Tree item will highlight in green in Creo.

If you are looking to undesignate all the top-level components of an assembly, simply select "Tools" on the toolbar and "Undesignate All". Don't worry, it will pop-up a warning for a final prompt before it will undesignate everything!

Now let's delve into what the four columns mean and some edge cases: Stat, Base Designation, Compound Designation, and ID Path.

Stat is short for status, and this indicates with a green, yellow, or red dot whether the designation is unique. The above picture shows everything as green, but if we make two of the designations within SHELF_1_EQUIP the same, it will produce the appropriate warning status (see below). 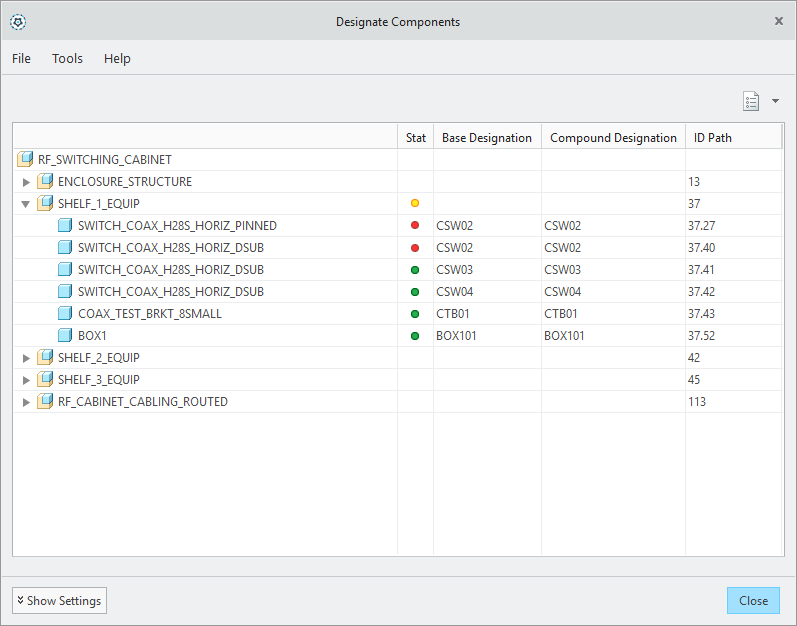 Here we have two 'CSW02" designations within the SHELF_1_EQUIP assembly. Not only do those now both show up as red, but the containing assembly now has a yellow status indicator. To correct this, simply right click on one of the components with a red status, select "Edit Designation", and give it a unique designation.

Base Designations are unique designations within an assembly, the column will show this value. 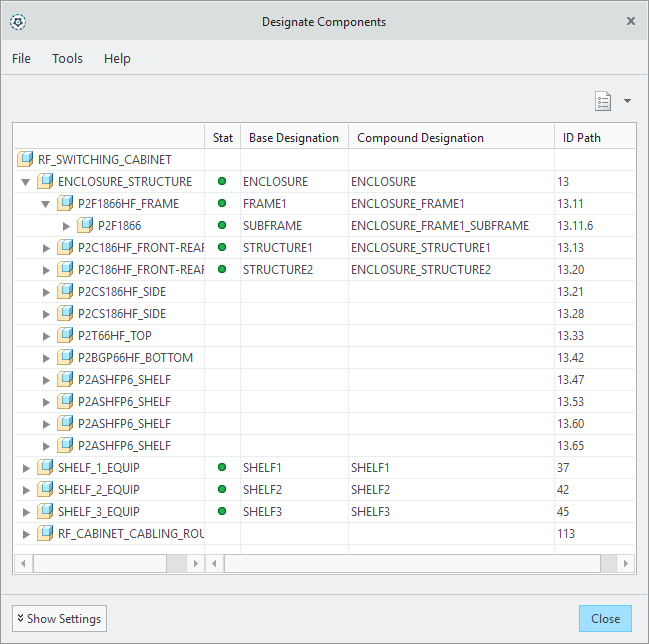 Last but certainly not least, we have the ID Path column. This can be better explained in its own entire page here.