The following video demonstrates the automated assembly of multiple components based on an input file.  In this example, cabling connectors are added to an electronic equipment cabinet based on a file with schematic connectivity data.

Before using AutoAssemble, we first need to have named locations added into a skeleton, so that our connectors know which location to assemble to.

In this example, a cabinet has electronic components arranged in 3 shelves which are shown as highlighted in the model shown below. 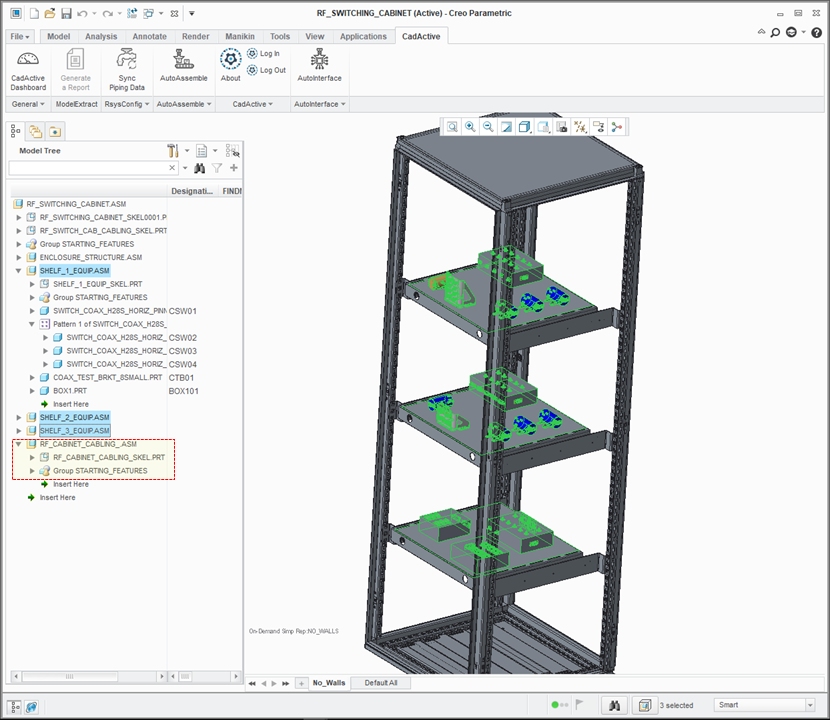 In this example, we will be adding our connectors to our "output assembly" RF_CABINET_CABLING.ASM

The locating coordinate systems (csys) correspond with the ports on the components.

The cabling connectors will be added to a separate cabling assembly, RF_CABINET_CABLING.ASM. The cabling assembly has a skeleton which has been pre-populated with the copies of connector locating csys as described above. AutoAssemble constrains the connectors to the skeleton, not the electronic components, and avoids external references.

The locations in the skeleton are coordinate systems (csys) labeled in accordance with the connector reference designators in a schematic diagram. 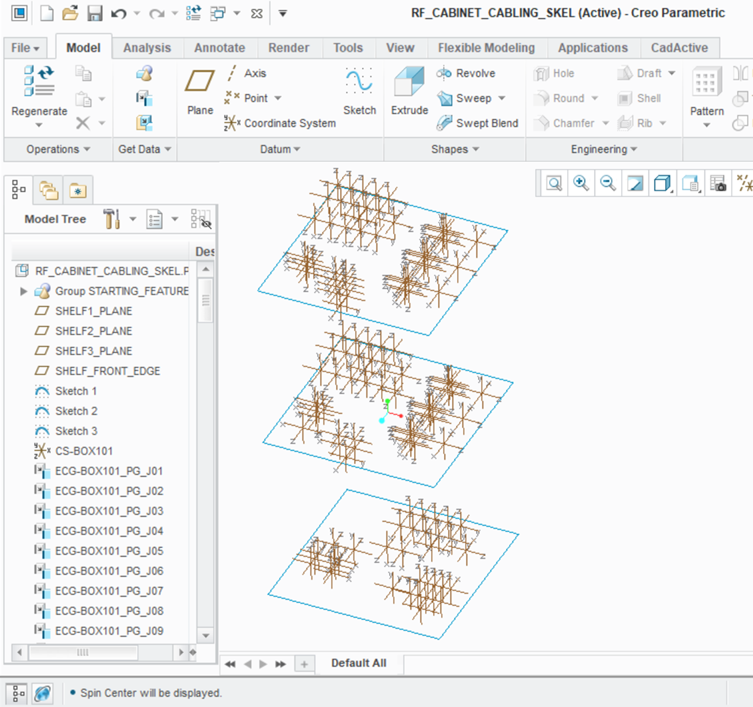 Tip: To avoid generating unnecessary external references, component port locations should be brought into the skeleton via an external copy geometry feature.

These coordinate systems can be created and labeled manually or much better, auto-generated using CadActive’s AutoInterface tool.

The connector part models have a required Component Interface which references an appropriately oriented mating coordinate system on the part as shown below.  This Component Interface must be labeled based on the value set in your Settings by your organization (the default is "CONNECTOR_MATE").  By standardizing the name of the interface, we can now use that interface to auto-constrain the connector to the skeleton. 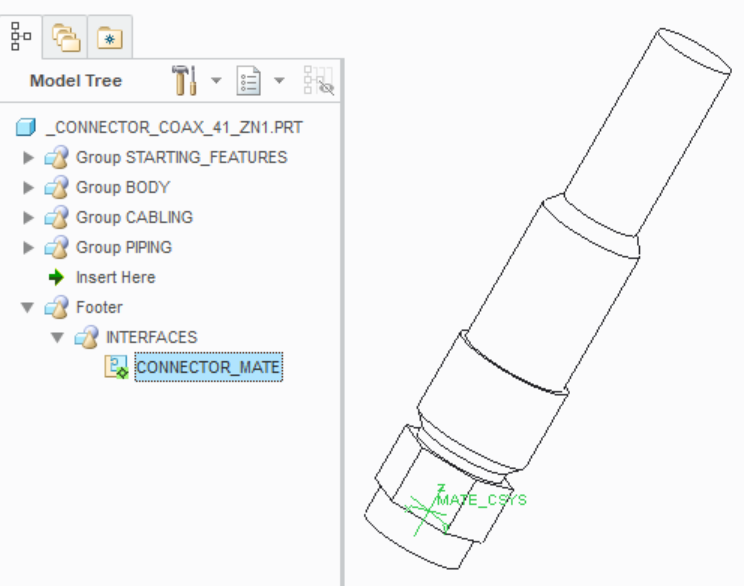 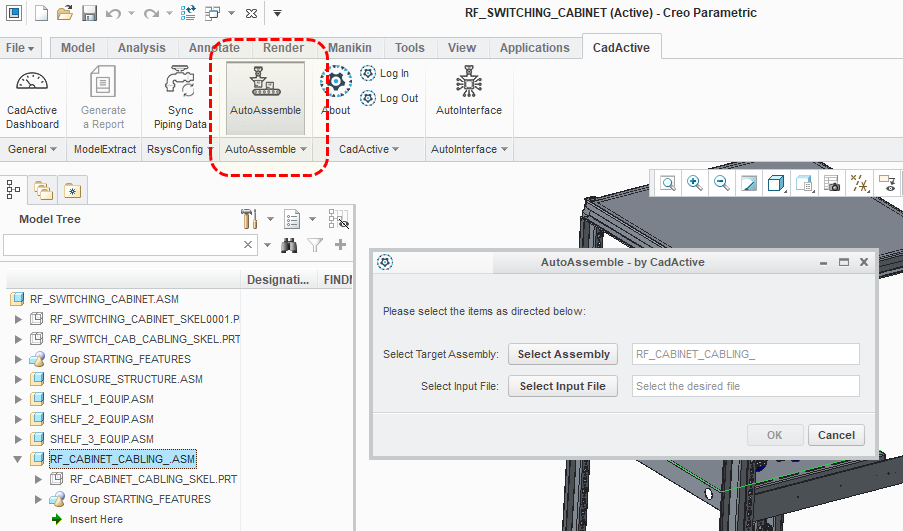 The schematic data in the file is rather straightforward:

In this example, once AutoAssemble has run, 99 color coded connectors have been designated and constrained to the cabling assembly. 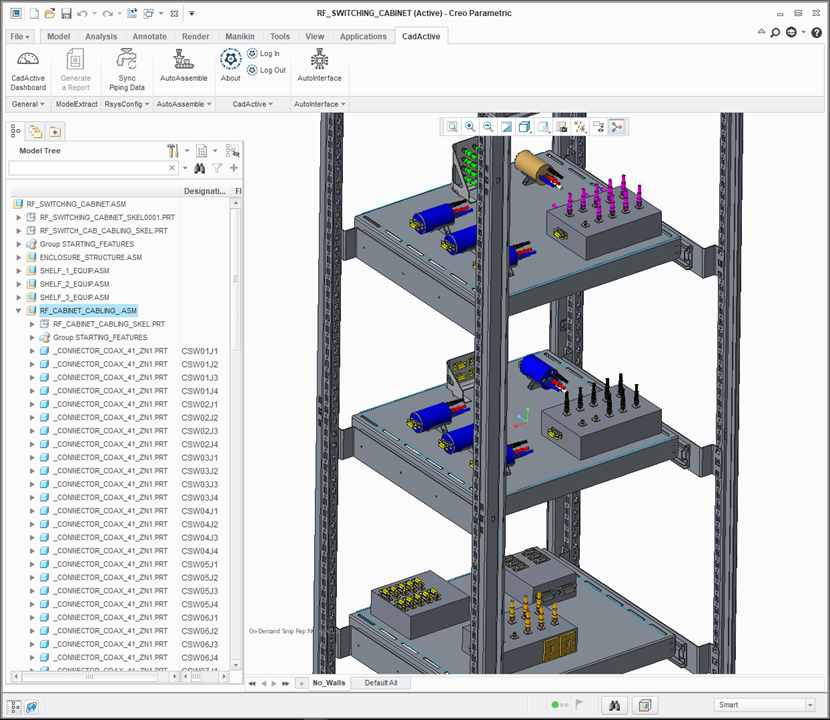