**Note that if you run this example, it will produce the model tree, but the contents will have likely have no geometry since all components will be newly created.

The following video demonstrates the automated generation of a new assembly based on an input file.  In this example, parts for an electronic equipment cabinet are placed in a new cabinet assembly.

AutoAssemble is launched from the CadActive tab. It can be executed in two modes:

The product structure from the input file is added to the "PARENT_ASSY.ASM". Existing models are retrieved and new models are created and all are packaged into the assy. Existing skeleton models are added to the assembly as skeletons, with Feature # = 1, not as simple parts. 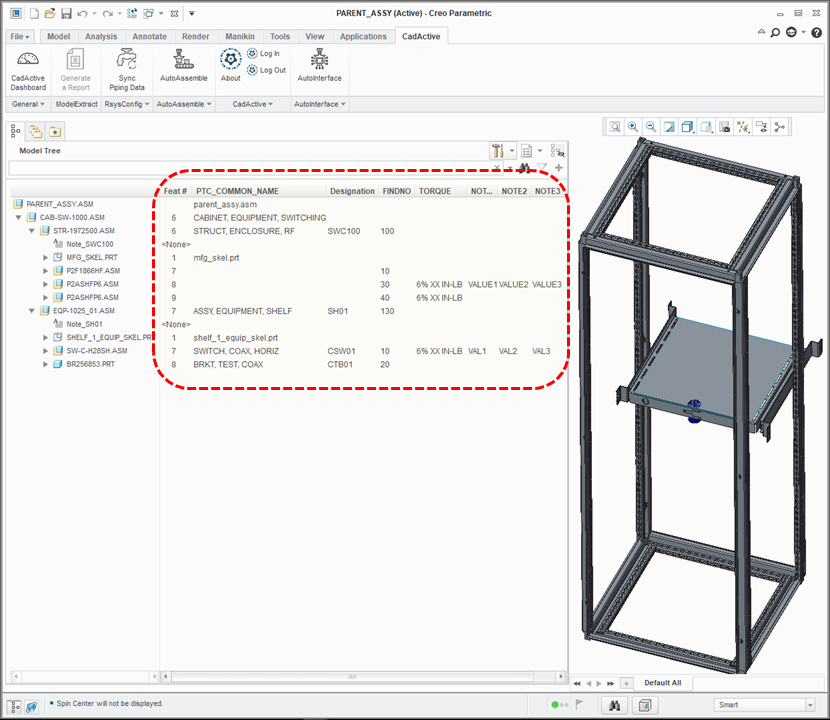 The model tree shows how the parameters specified in the file are automatically added to the components.