Although many of our examples just show AutoAssemble placing connectors into a CAD model, it can actually be used for much more than that! One special example and use case is to add a Backshell to the end of a connector.

There are a few requirements, so let's walk through them quickly!

The following link is to an example file which can be used to assemble connectors with backshells.

For the most part, this example is exactly the same as the other example input files... however  you'll notice a few things:

NOTE: The "order" in the list  doesn't matter - the application will first loop through all connectors, and will THEN assemble all backshells, regardless of it's location in the file.

The model for the backshell has similar requirements to any normal connector. Since it gets assembled to the connector, we define a "CONNECTOR_MATE" component interface (or as defined per your organization's settings). 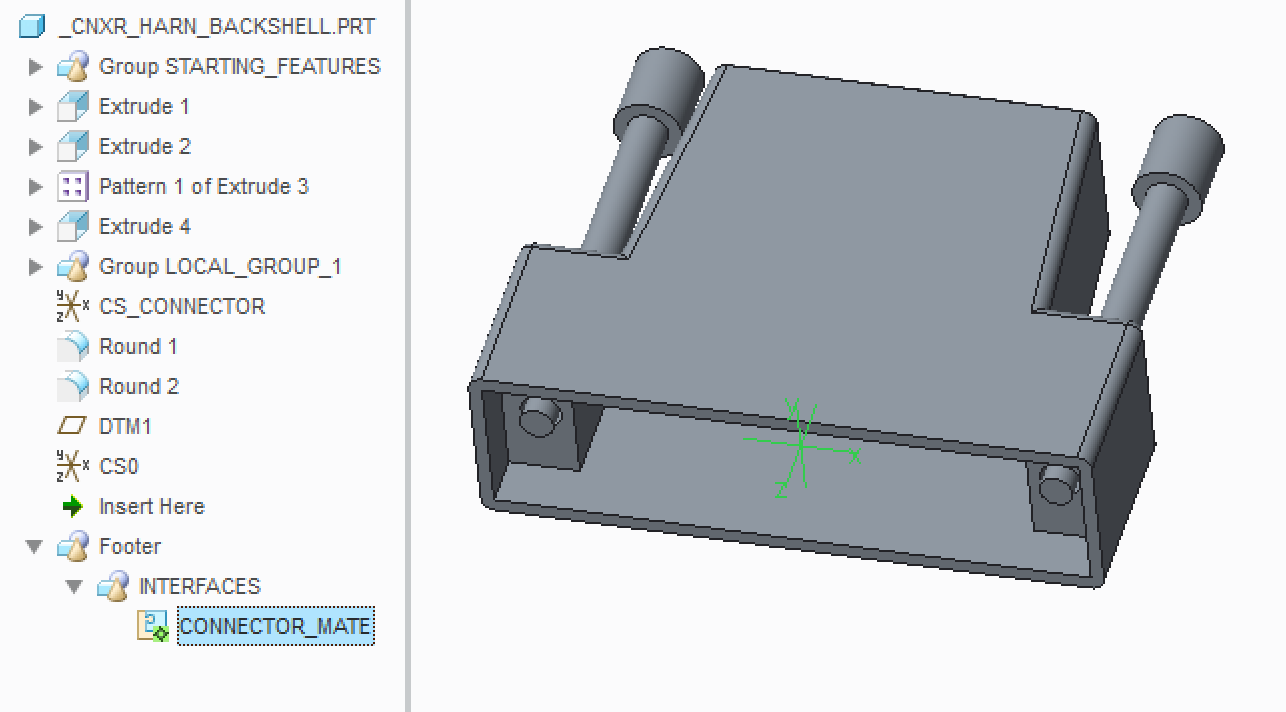 If a connector is able to receive a backshell, simply define a "BACKSHELL_MATE" component interface (or as defined per your organization's settings). 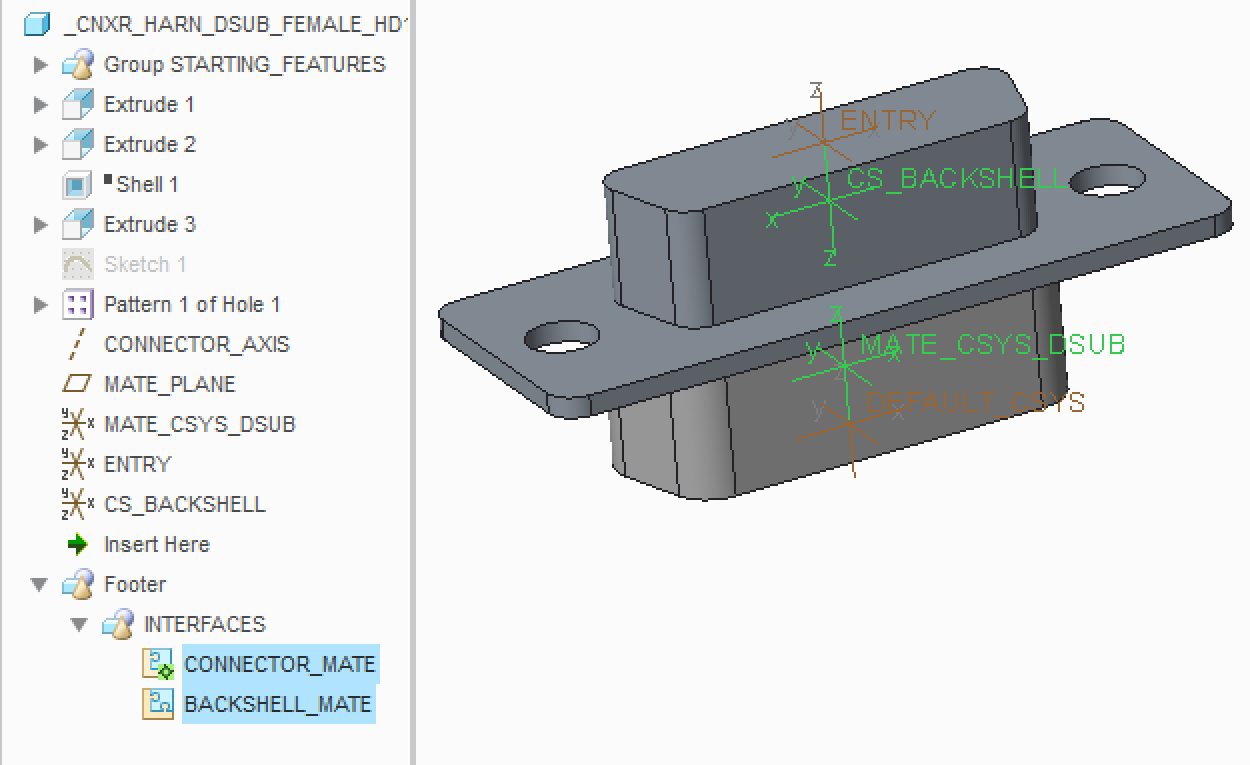