The ID Path is the value of the unique assembly component path that Creo uses to identify feature IDs within components starting at the top-most assembly and working recursively through the sub-assemblies. Each sub-assembly level is delimited by a "." 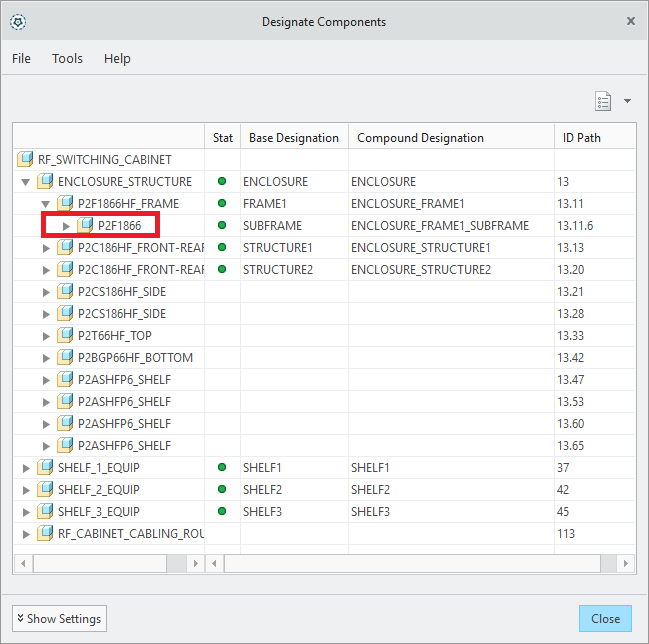 In the above picture, the P2F1866 component (boxed in red) with the 'ENCLOSURE_FRAME1_SUBFRAME' compound designation has an assembly component path of '"13.11.6". To better understand this ID Path, let us look at the model tree (shown below). 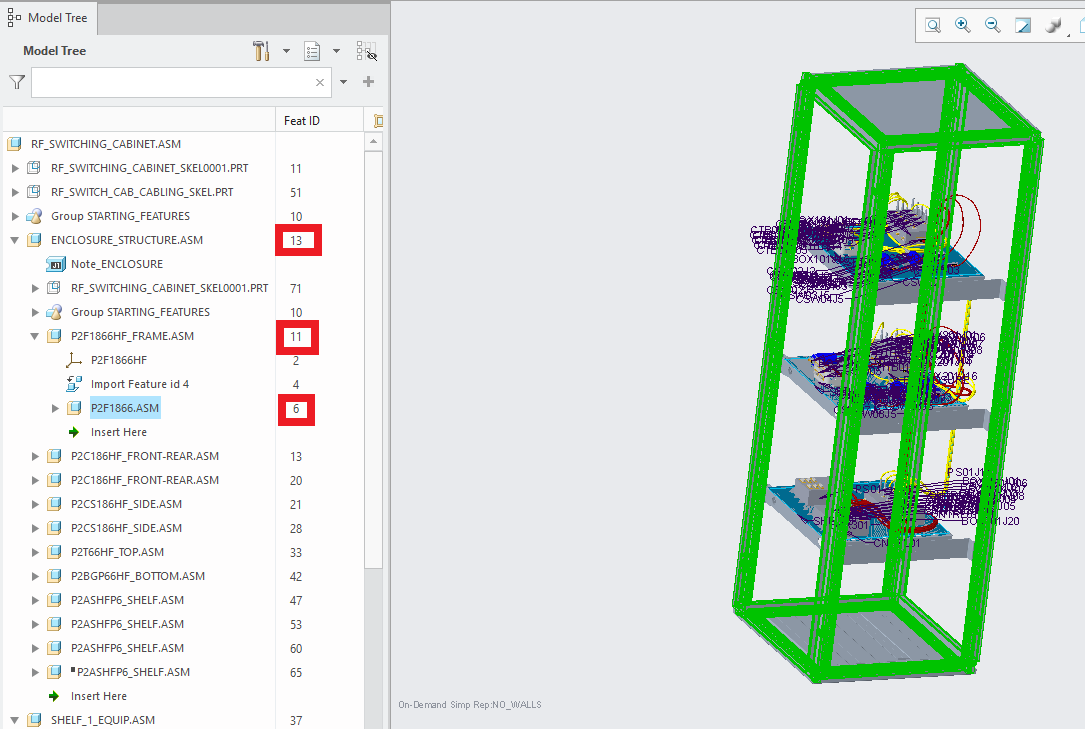